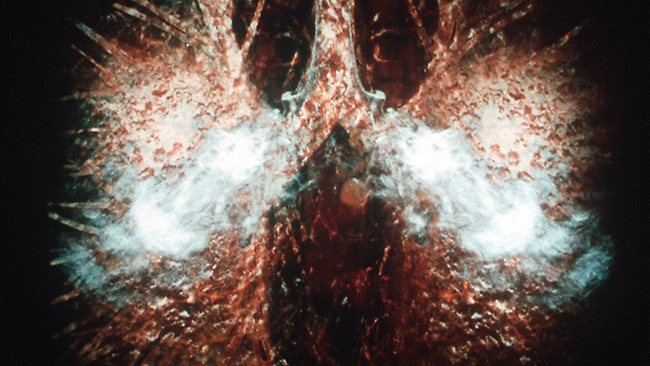 As the name suggests, lung cancer cells begin to develop in the lung tissues. They may spread to larger areas within the lung and even to other parts of the body through a process known as metastasis. The causes for lung cancer are many, but in almost 90% of the cases it is due to exposure to smoking, either directly or passively. If there is prolonged exposure to other triggers like radon gas, asbestos, air pollution or radiation, the risk increases. Some cases reported are genetic, though the numbers are few.

Lung cancer is usually detected in the median-to-later-stages because of the distinctive signs and symptoms. A suspected patient may have a prolonged cough that doesn’t sound or feel like when one has a cold or chest congestion. Instead of coughing up mucus, there is a bloody discharge that indicates a more serious problem. Another particular symptom is shortness of breath. This is because the cancerous cells affect lung tissue and as it progresses, it might block airways and breathing cells, causing issues with regular lung functions. With the advancement of the cancer, going through the daily motions like climbing stairs, fetching groceries and short trips around may be difficult due to difficulty breathing. In the more advanced stages, there will be pain in the chest area. The affected lung will feel heavy, tight and painful if deep breaths are taken. Lung cancer is quite dense and the person suffering from it finds issues working normally because of the breathing problems and affection from lungs to throat and easy fatigue caused by the lack of pure oxygen flow in the body. The diagnosis for lung cancer can be determined first by external factors that show up on the patient like weight loss, hoarse throat, difficulty breathing and a heavy chest. The suspected patient appears weak and the skin color turns sallow. As for medical diagnosis, first full body scans can be taken along with x-rays to determine the location of the tumor and the extent of the damage done to the lungs. Once the tumor is located, a biopsy will be taken to confirm all suspicions. Those who are regular smokers or who are surrounded by smokers or in an environment of air pollution and factories using dangerous chemicals should go for regular check-ups to prevent this dangerous form of cancer.

Depending on the type of lung cancer you have and how far it has affected your lungs, treatment would be recommended. There are two major kinds of lung cancer: the first one is small cell lung cancer and the treatment for this is usually through chemotherapy. The second type of lung cancer is non-small cell lung cancer that can be treated with surgery (where the affected area is carved out and removed) or through a combination of chemotherapy and radiation therapy known as chemoradiation. The survival rate is pretty glum for those suffering from advanced stages of lung cancer that has spread either through large areas within the affected lung or even to other organs. It is estimated to be around 4%. However, the survival rate for the cancer that is still in its earliest stages is nominal – around 50%.

Liked this article on Lung Cancer and have something to say? Comment below and don’t forget to SHARE THIS ARTICLE!