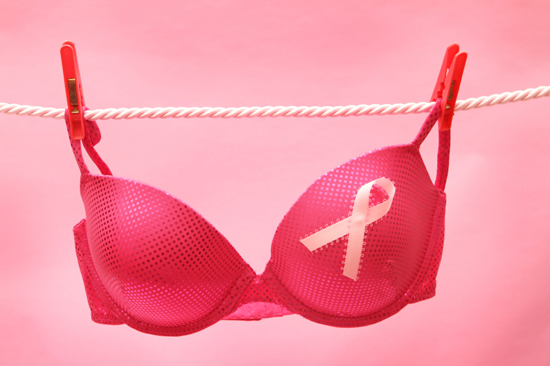 This form of cancer develops due to cancerous cells developing on breast tissue. Breast Cancer is said to occur 100 times more in women than in men. It is also the major cause of death among female patients who suffer from different forms of cancer. Those victims who are from developed countries have a higher survival rate as compared to those from underdeveloped or developing countries due to the increased medical and curative facilities available today. There are many causes for breast cancer, though the most common are actually quite surprising, because at first glance no one would guess that lifestyle has anything to do with developing cancer in the breast. Some of them are obesity, sedentary lifestyle, no regular form of exercise, severe alcohol consumption, menstruation at an early age, reproducing later in life or not reproducing at all. Other causes can be hereditary though the number of cases are low in comparison.

The signs and symptoms of breast cancer include a lump in the breast, changing of the shape of the breast, dimpling, reddish patch on the breast area and a transparent liquid that is emitted from the nipple. The diagnosis for this form of cancer is varied. The most popular method is through a biopsy of the lump that develops within the breast. Another way is through a mammography. Also, if there is any liquid that is being emitted from the nipple, it is sent for testing, especially if it appears hazy and includes blood. Usually breast cancer makes its appearance in the earliest stages itself because of a distinctive lump that can be felt with some observation. When the disease reaches its later stages, it will appear on the surface of the skin in the form of fungus-laden lesions.

When it comes to breast cancer, there are ongoing major awareness campaigns because there have been the increase of cases over the years that affect many women. In fact, regular people are encouraged to go for scans and check-ups as preventive measures as well as finding out their risk to developing the cancer, rather than as a treatment or curing method. Like other cancers, chemotherapy is sought, but this is mostly for severe cases. A biopsy or removal of the cancerous growth is conducted, and tests are carried on for several months to determine if the cancer has been cured or is going to spread. For those cases where the cancer has reached later stages, removal of the entire breast is done. This is known as mastectomy and some women who are even at risk of developing the disease through hereditary genes go through this procedure as a preventive stance, a la Angelina Jolie. The fact is that whatever treatment a woman endures, she is left with scars and other side-effects that could include affecting her mental and emotional balance.

Liked this article on Breast Cancer and have something to say? Comment below and don’t forget to SHARE THIS ARTICLE!